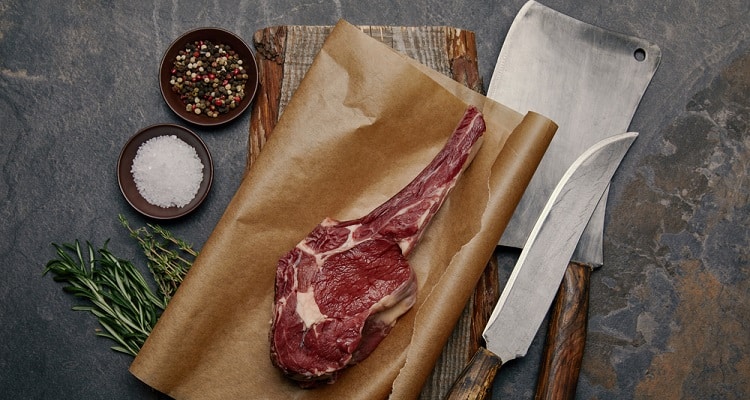 Ride along as we compare butcher knife vs meat cleaver in this enlightening article to reveal all their differences.

What is a Butcher Knife Used for?

If you didn’t know before now, there’s a type of knife known as a butcher knife. It’s the traditional butcher knife designed several years ago to cut through thick meat and bones easily. Since your utility or dining knife won’t cut the meat, the butcher knife is designed to do just that.

Besides, the traditional butcher knife boasts a curved tip and a wide blade, making it ideal for slicing and trimming raw meat seamlessly. It is usually bulky and heavy, giving the right balance to butcher any meat. This type of knife doesn’t require a lot of precision to cut through significant cuts of meat, and it powers through to get the job done.

The butcher knife, which typically measures 6 to 14 inches, has the right length and shape to serve as a reliable utility knife for camping and hunting. You can also trust your butcher knife for other all-purpose outdoor uses such as portioning and food preparation.

What is the Cleaver Knife Used for?

As we hinted earlier, meat cleaver is designed to help butchers cut through meat, although it’s slightly different from the traditional butcher knife. It is a heavy-set, thick knife with a sharply beveled edge. The thickness of a meat cleaver depends on the purpose of the cut, so you’ll need to buy one that can provide you the level of cut you need.

Butchers around the world don’t use only butcher knives; they also use the meat cleaver. The cleaver, which typically measures between 6 and 12 inches, usually boasts reliable steel in the blade. The shape of the blade often varies between manufacturers, but it’s generally almost rectangular and wider than other types of kitchen knives.

Furthermore, the meat cleaver’s blade features a touch edge crafted to cut into small bones, cartilages, and meat repeatedly. Besides the blade sharpness, the cleaver relies upon additional momentum to power through cartilages and bones.

By now, you know that butcher knife and meat cleaver are different kitchen tools even though they share some similarities. We will examine the distinct differences below:

As we have explained severally, the butcher knife is specially designed to cut through thick meat or dress animal carcasses. Thanks to its heavy construction, it gets the job done efficiently and seamlessly. With the knife’s thick blade, you can power through huge cuts of meat to make a dish like Easy Roast Beef.

If you need precision cutting, the meat cleaver is the better tool to consider. The cleaver’s lighter and thinner blade allows you to cut through any meat to prepare your favorite dish gently. The butcher knife doesn’t provide precision cutting due to its thick blade.

With a meat cleaver in your hand, you can split meat from the bone. You can use it for beef, chicken, pork, and other thick types of meat. Also, you can use your cleaver to split thicker and larger vegetables such as squash and melons. In addition, a smaller cleaver can be used for dicing fruits and vegetables without hassle. All of these functions make the meat cleaver a good value for the money.

As you now know, after we compare the butcher knife vs meat cleaver, both cutting tools are not the same despite their similarities. While you expect the butcher knife to cut through the thickest of meat, the meat cleaver helps you power through thick meat and offers several other functions. Both tools are great, and you should make a choice based on what you want and need. 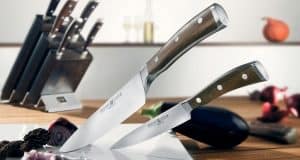 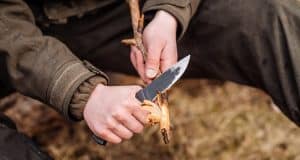 Best Survival Knife For Your Next Big Adventure in 2022 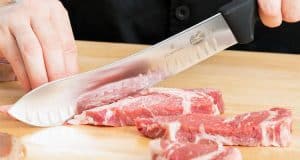 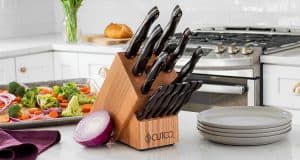 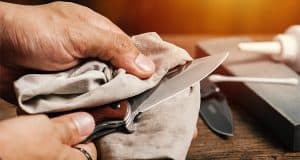 Knife Maintenance: How to Clean a Knife? [BASIC GUIDE] 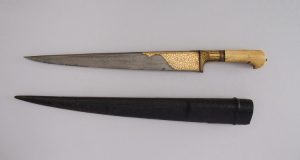 The Khyber Knife: A Look at Its Uses And Unique History 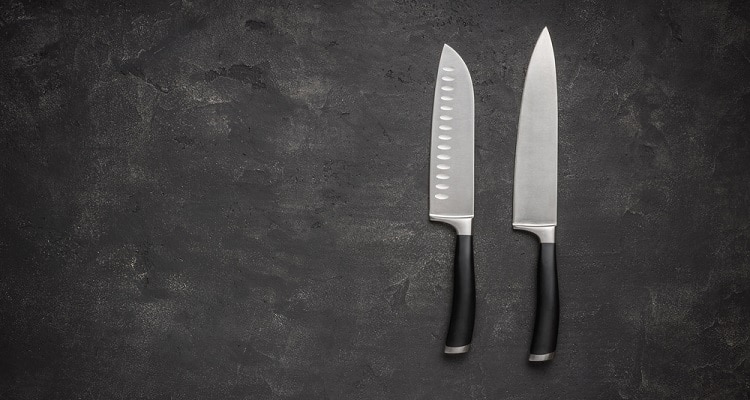 Santoku vs Chef Knife: Which Knife is better?

They say that a poor workman blames his tools, and when it comes to the kitchen, one of the most important tools you will ever buy is a good quality 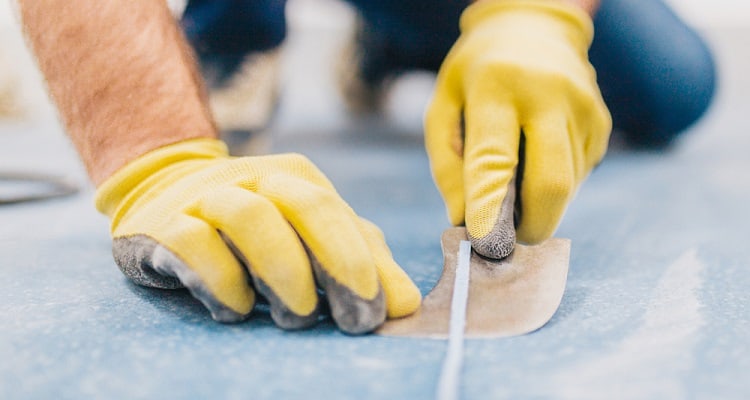 A linoleum knife is as useful today as it was in the past. Back then, many homes would use linoleum as flooring. Nowadays, most homes use polyvinyl chloride (PVC) instead. 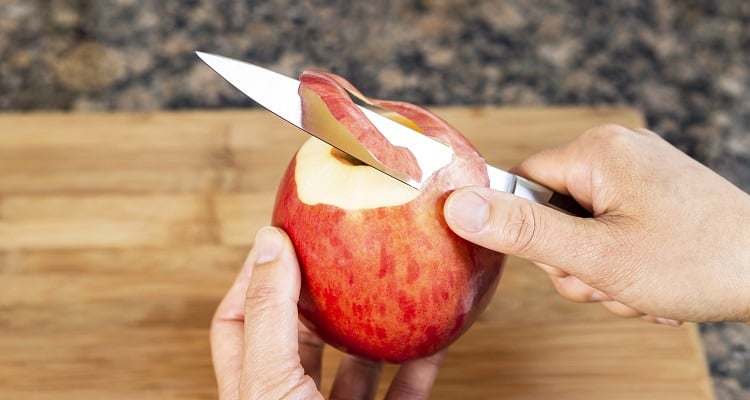 Paring and Peeling Knives look similiar but are designed to perform different jobs. In this article, we will comparing the Paring Knife against the Peeling Knife so that you are 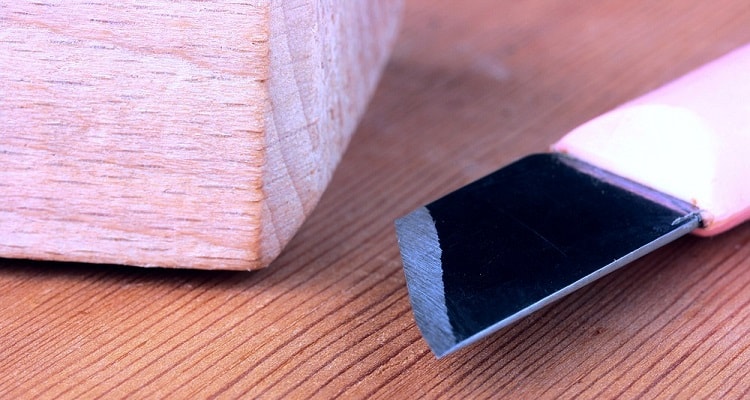 As an adventure enthusiast, I love collecting outdoor and utility knives for use while hunting, hiking, or camping. One of my favorite parts of my collection happens to be my 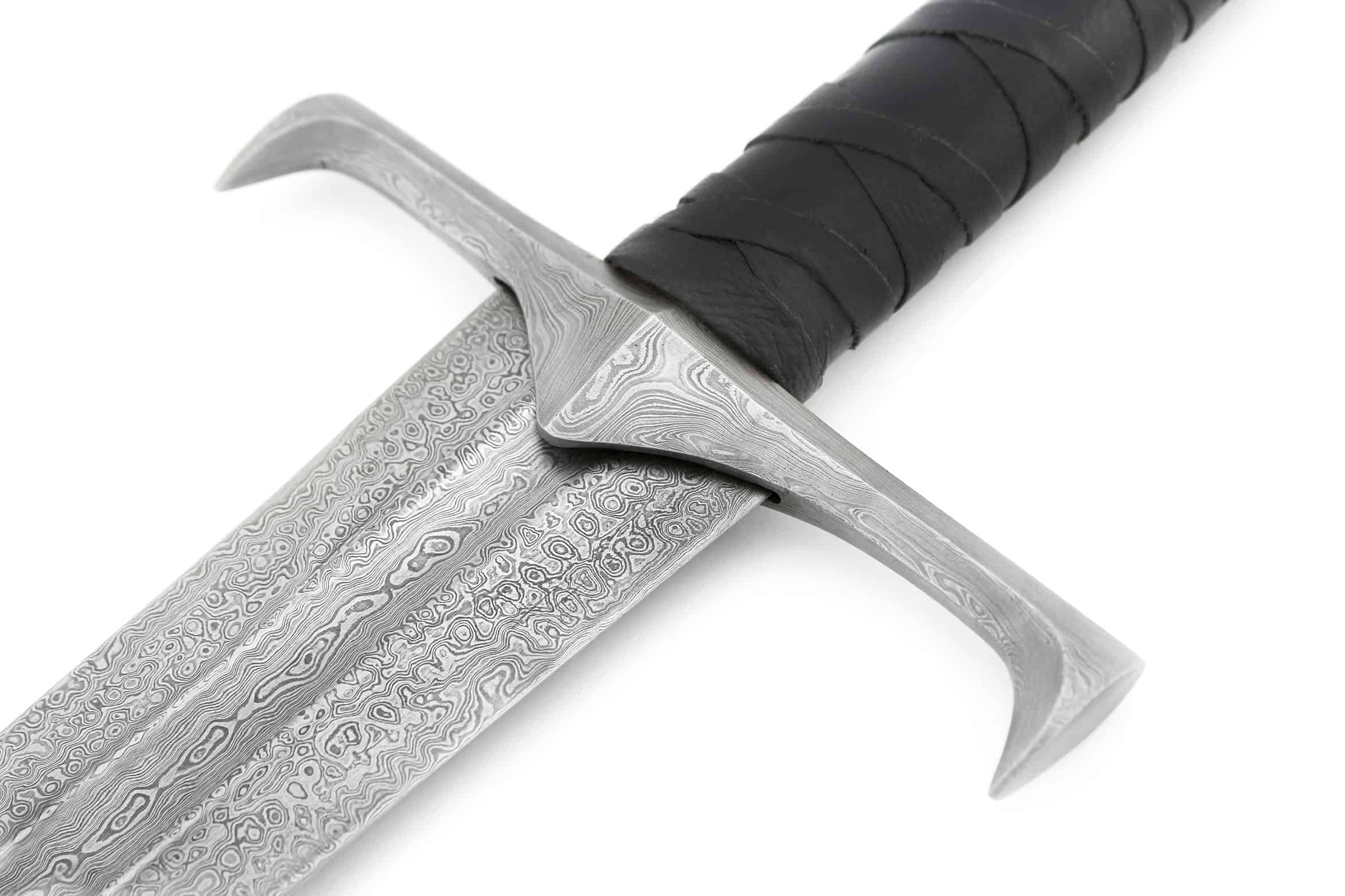 Best Damascus Swords and Katanas for Beginners and Collectors 2022

Damascus steel was once used to make the strongest swords known to the ancient world. The original method of forging them has since been lost, but a modern method has 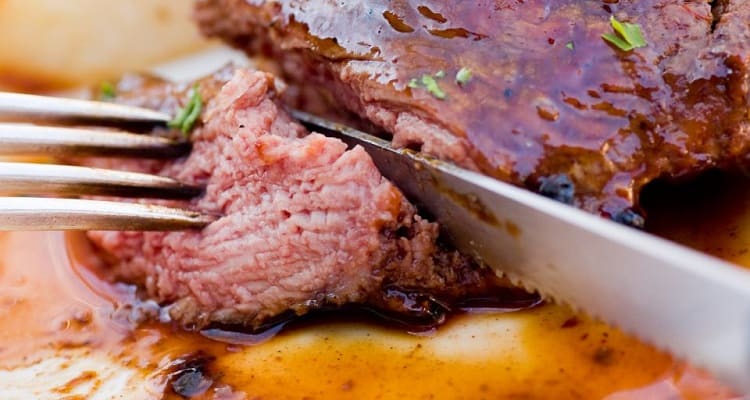 When it comes to knives in the kitchen, a Chef’s knife is always top of mind. But once the meal is served, a steak knife is an essential tool for 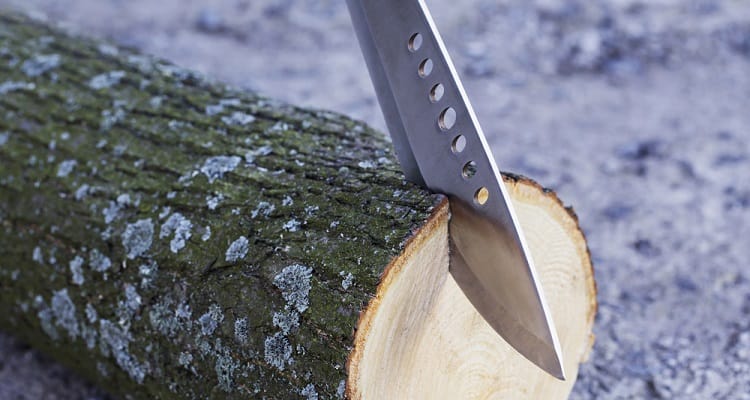 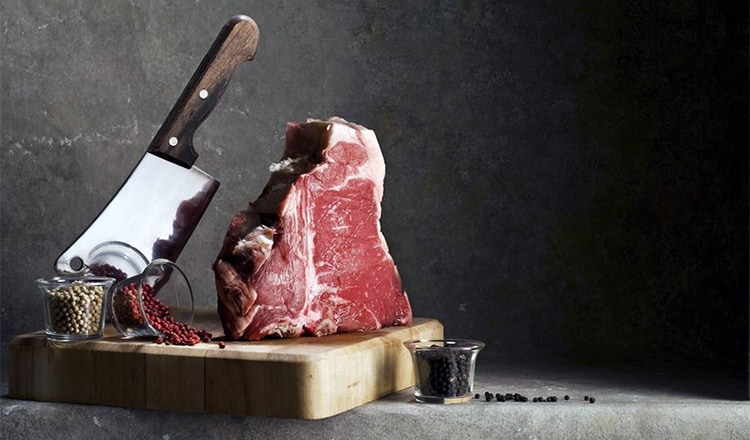 7 Best Knives for Cutting Meat For Beginners and Pros 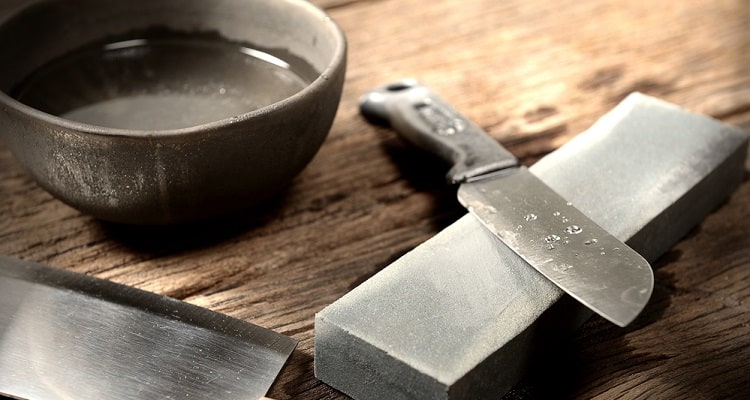 The Best Sharpening Stones Your Knives Will Love [UPDATED] 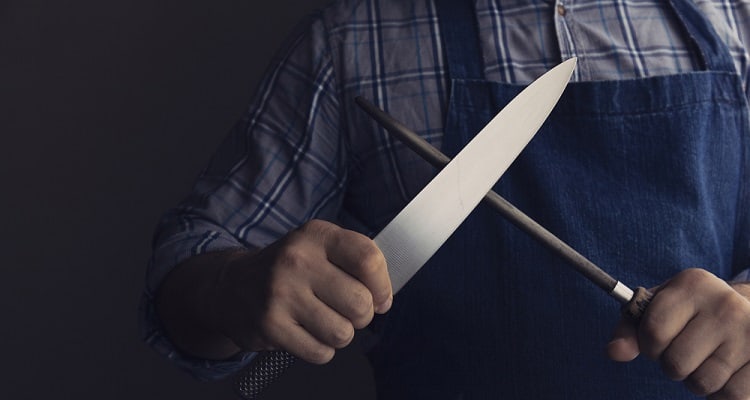 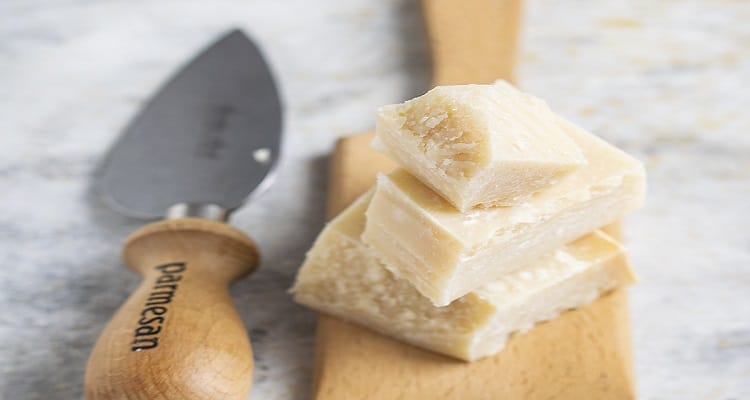 Best Cheese Knife You Need in Your Kitchen in 2022 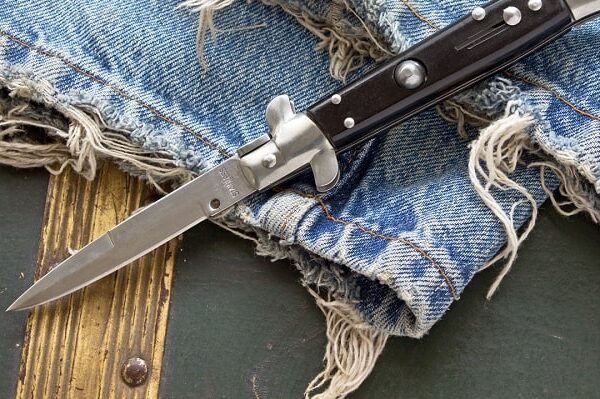